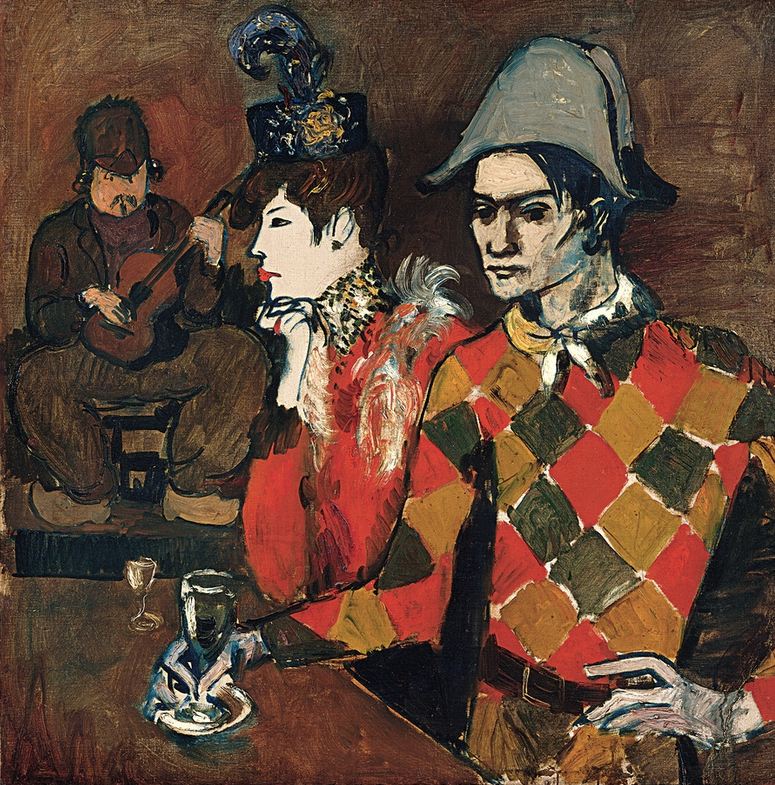 IN "LE LAPIN AGILE" OR HARLEQUIN WITH A GLASS

The painting depicts the owner of the cabaret Le Lapin Agile with guitar, Germaine Gargallo, a femme fatale of Casagemas, who tried to kill her and committed a suicide because of her, and Picasso himself as a harlequin. By this painting, the artist paid off his debts at Le Lapin Agile.