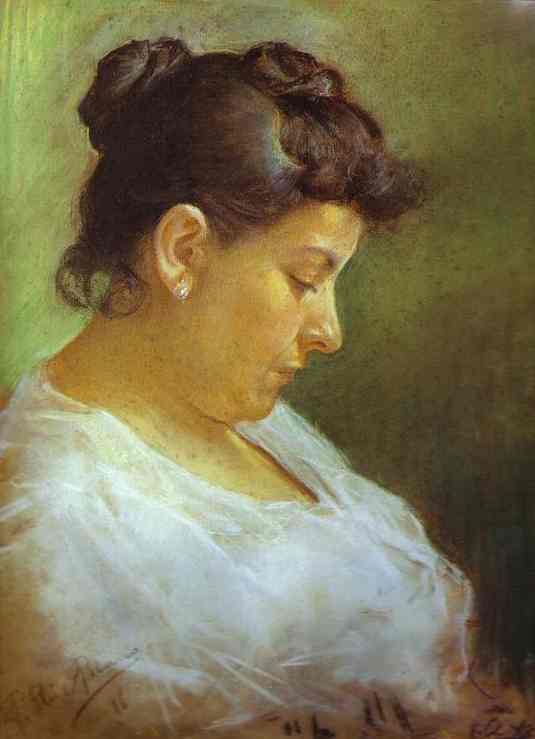 PORTRAIT OF THE ARTIST'S MOTHER

In February 2013, during the restoration of this painting, experts of the Picasso Museum in Barcelona found a charcoal drawing on the back of the canvas. It depicts a man with a pipe. Having examined the drawing, the restorers say it is more likely to be a work of 15-year-old Picasso.