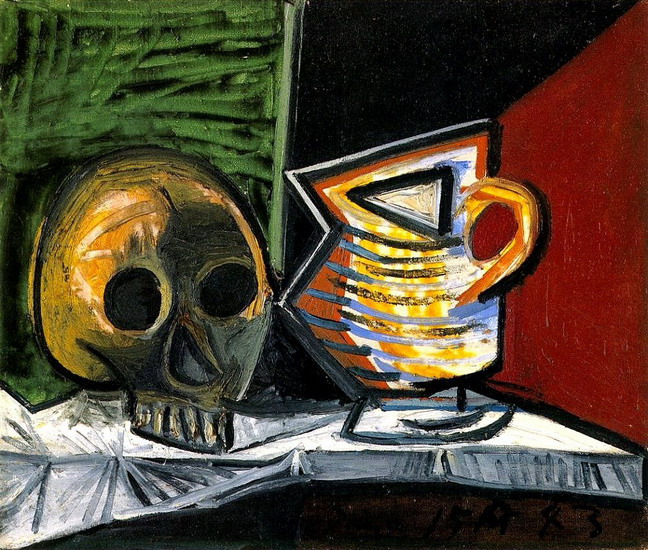 STILL LIFE WITH SKULL AND POT