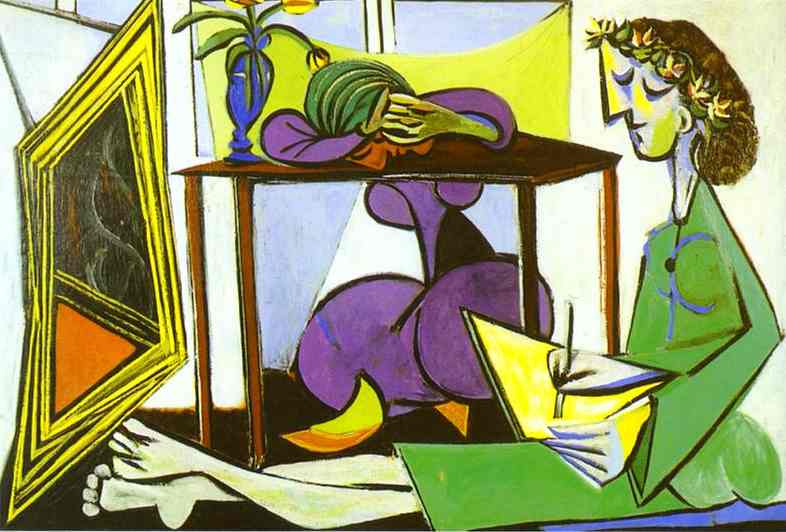 INTERIOR WITH A GIRL DRAWING