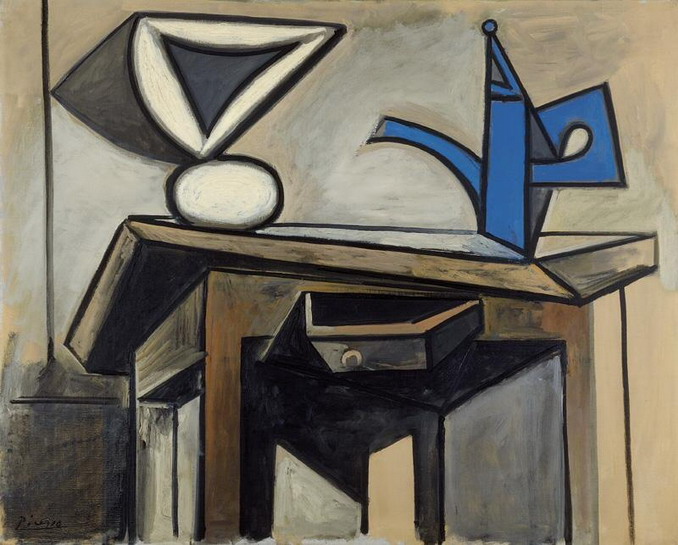 STILL LIFE IS THE COFFEE MAKER

2020
#1. Tomad, San Francisco
What is the white object on the table? Next to the blue coffee pot.
31 January