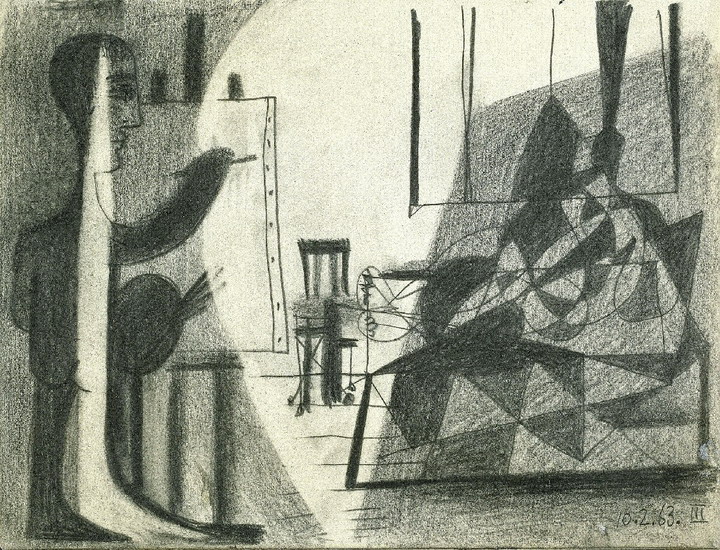 THE STUDIO - THE ARTIST AND HIS MODEL III