HEAD OF A WOMAN (PROFILE) 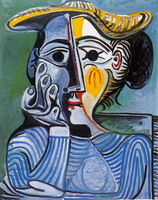 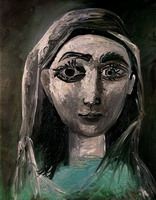